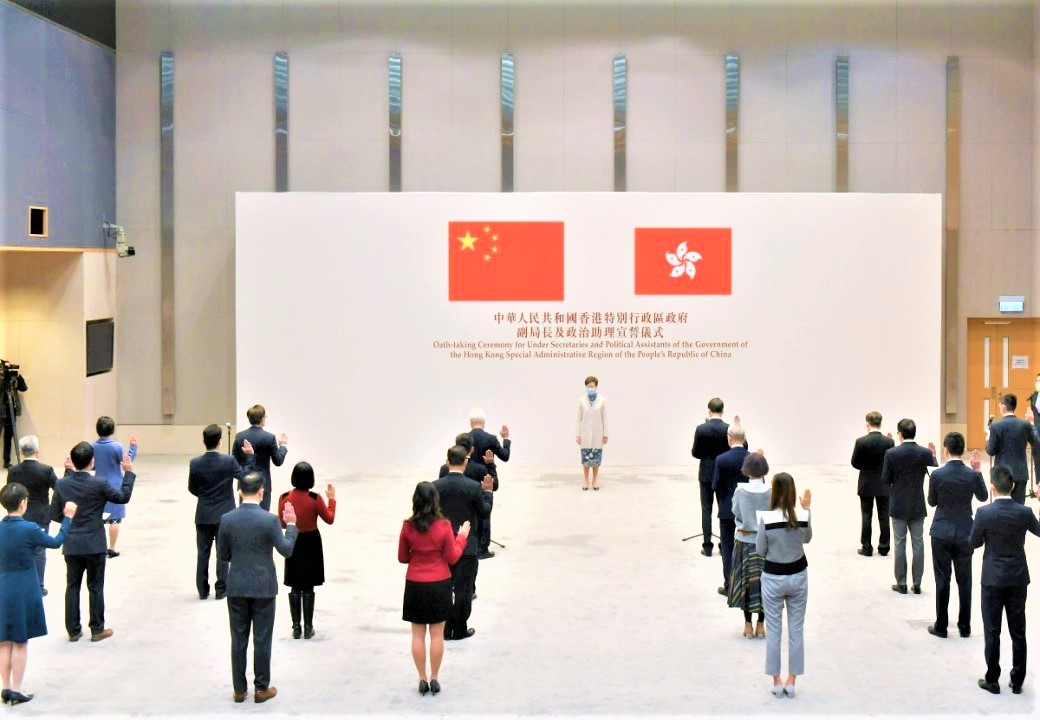 Hong Kong’s government plans to introduce new electoral changes ordering public officials to pledge and maintain an oath of loyalty to Hong Kong and Bejing. Officials refusing to take the oath would be removed from office and sent to court for formal candidate disqualification. Additionally, a further five-year election ban will be imposed on those who fail to comply.
‎
CNN – “Those questions could spell the end for any last vestiges of democracy in Hong Kong, as the government moved to introduce new requirements for public officials Tuesday, including that they swear loyalty oaths and embrace Beijing’s rule over the city. Anyone who fails to take the oath — or is deemed to have done so in an insincere fashion — would be immediately disqualified from office and banned from running in elections for the next five years, Secretary for Constitutional and Mainland Affairs Erick Tsang said.”
‎
━