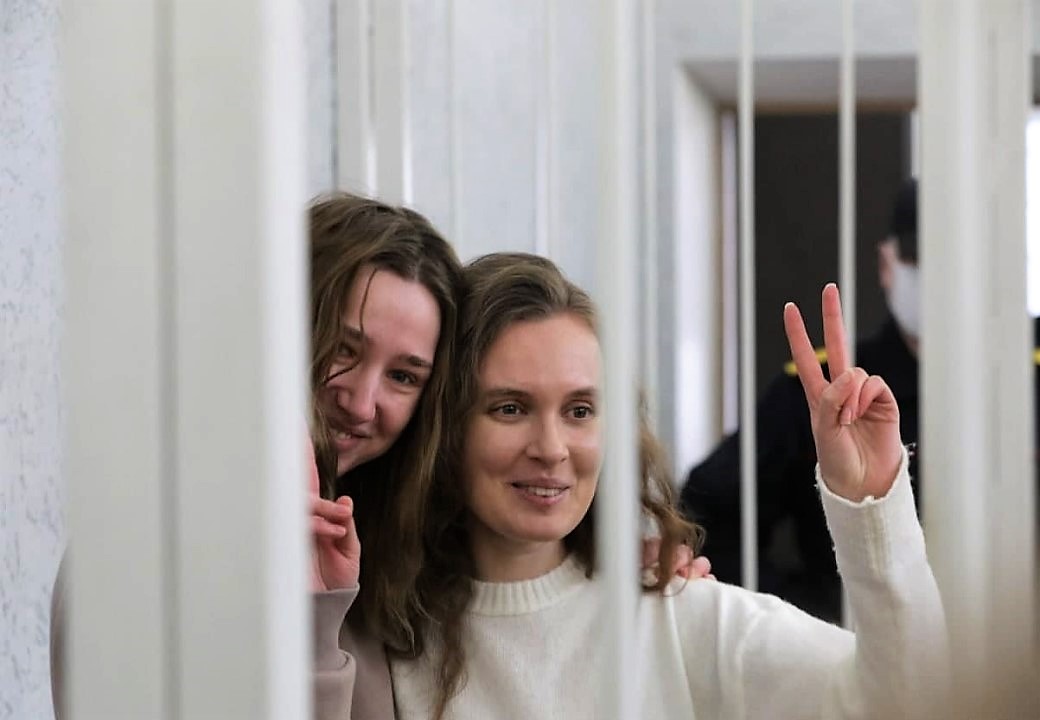 Yekaterina Andreyeva (27) and Darya Chultsova (23), journalists of an independent Belsat TV channel, were sentenced to two years in a penal colony for live-streaming a protest in Minsk. They were accused of “leading the riot that violated the public order” that took place in November 2020.
‎
“Today’s conviction for journalists Katsyaryna Andreyeva and Darya Chultsova is an eloquent proof that political terror in Belarus is on the rise. It is also an unprecedented event in the history of Belsat. This is a black day.” – Agnieszka Romaszewska-Guzy, Head of Belsat TV.
‎
On November 15, Katsyaryna Andreyeva and Darya Chultsova live-streamed a protest taking place at the so-called Square of Changes in Minsk, where a young artist, Raman Bandarenka, was killed a few days prior. The journalists were initially punished with a 7-day arrest. Later, criminal proceedings were initiated against them for “gross violation of public order”.
‎
The lawyers of the journalists proclaimed that the prosecutors did not provide any evidence of their guilt. They also argued that any the lawsuit was completely illegal as citizens exercised their right to peaceful protest.

More information about the imprisonment of Yekaterina Andreyeva and Darya Chultsova:
https://edition.cnn.com/2021/02/18/europe/belarus-journalists-jailed-intl/index.html