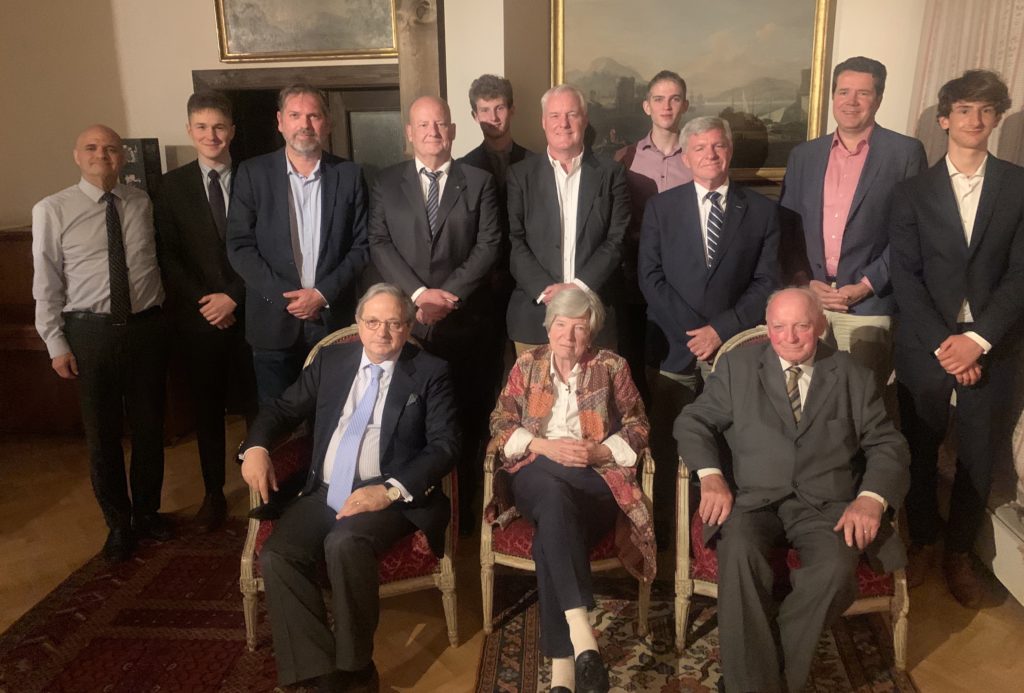 The member’s meeting held on July 15th, hosted at Princess Lobkowicz residence served in part as a welcoming to the new ambassador to Portugal in Prague, His Excellency Luis de Almeida Sampaio. Apart from his position as ambassador in Prague and his former positions as ambassador of Portugal to NATO, Bosnia and Algeria, Mr. Sampaio was invited to give a presentation on “The Trans-Atlantic Alliance”, covering 6 areas he felt needed to be addressed and fir which he sees a role for the Global Panel Foundation and Prague Society. Global Panel, The Prague Society and the American Foreign Policy Council had previously convened the Trans-Atlantic Drift Debates – held between 2007 – 2011 in Prague, Vienna, Stuttgart, Bratislava(Parliament), Sofia (Foreign Ministry), Hungary (Foreign Ministry), Warsaw (Parliament|), Berlin (Parliament of the State Representation of Baden-Wuerttemberg) and Washington (US Congress) and included Senior elected officials in an offline setting to create a “blue print’ for continuing the Atlantic Alliance.