In Memoriam: The most decorated female Olympian in history

By floordoppenSeptember 1, 2016In Memoriam, News 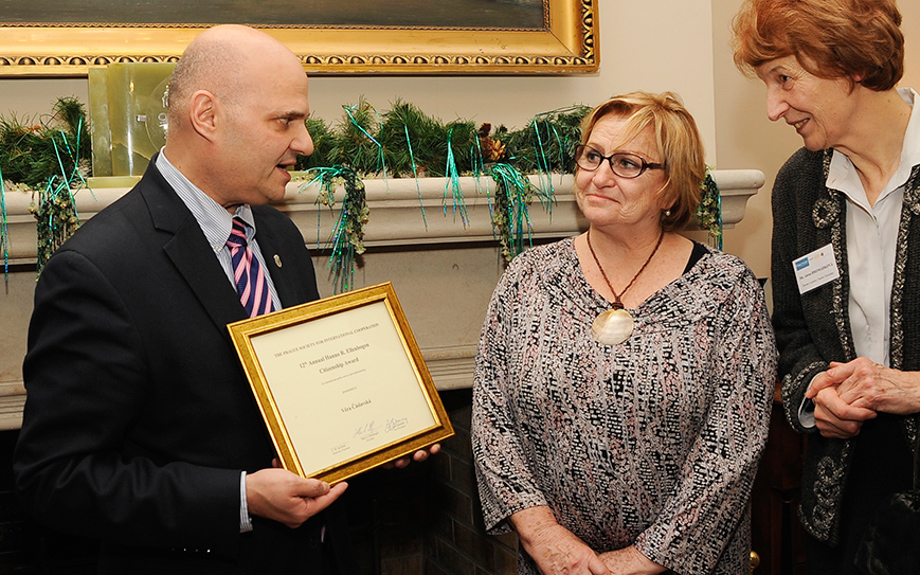 “I am very sad to hear of the passing of famed Gymnast and anti-Communist hero Věra Čáslavská. The most decorated female  Olympian in history, she was a brave spirit who opposed oppression and a corrupt regime. A recipient, with AP Journalist Iva Drapalova, of the noted 2014 Hanno R. Ellenbogen Award, Čáslavská  embodied a fighting tenacity, a keen sense of justice and an energy beyond her years. She helped young athletes and was rehabilitated by famed playwright Vaclav Havel when he became the first democratically elected President of Czechoslovakia in the early nineties. Though cancer has taken her early, she will look over the country and young people she so cared about.”

President, The Prague Society for International Cooperation
Chairman, The Global Panel Foundation
Member of the National Advisory Board, US Democratic Party (2004-2010)