Honorary President of the Prague Society sadly passes away aged 85 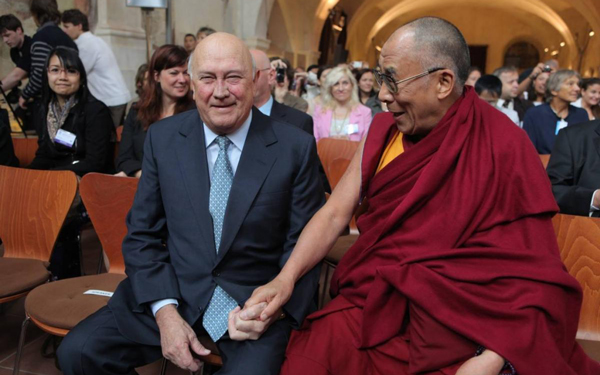 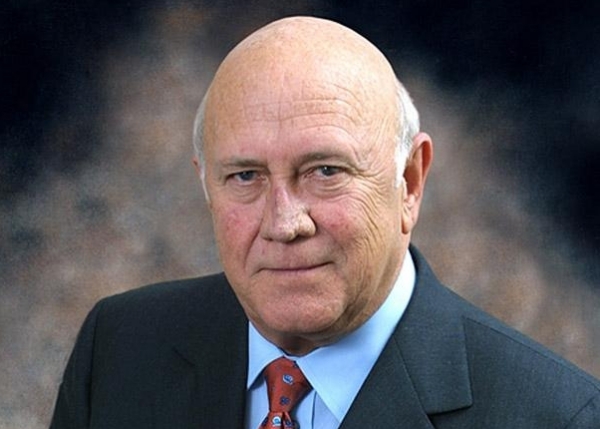 FW de Klerk was the Honorary President of the Prague Society for International Cooperation, a mentor, and a friend of Prof. Marc S Ellenbogen. On behalf of everyone at the Society, we express gratitude and wholeheartedly send our condolences to the family of President de Klerk.

“FW de Klerk and I met in an outer passage of Prague Castle in the late 90’s. We were standing next to each other having a cigarette, but not knowing who we were. We were on a break at the first Forum 2000. “Do you by chance know Prof. Ellenbogen and the Prague Society?” he asked me. “Yes I do,” I answered. “I and Elita (his wife) are invited to dinner by him,” he said. “I know, I am him”, I said. He looked at me, sized me, and said, “I thought you were older.” I grinned, and said, “I thought you were younger.” We laughed and laughed. And so began a 20+ year mentorship, friendship, and his becoming Honorary Chair of The Prague Society for International Cooperation. FW was a man of great faith. Of great passion. Of great insight. He saw things others did not. Believed in a future others objected too. And took the steps to make South Africa a democracy. A Lion in Winter has passed. His spirit will live on.