31st Anniversary of the Velvet Revolution in Czechoslovakia 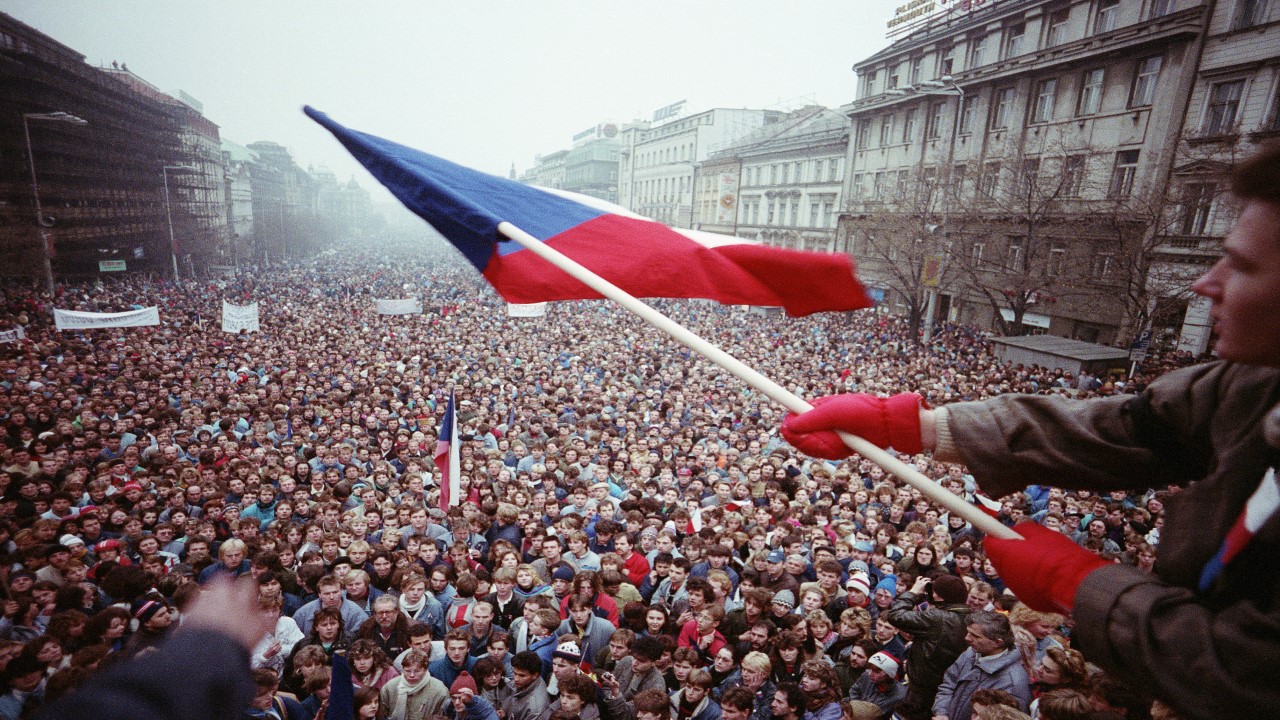 Today marks the anniversary of the Velvet Revolution (a somewhat peaceful transition from communism to democratisation). Forty years of a single rule had come to an end and in all sense and purposes, Czechoslovakia moved towards alignment with the West. The fall of communism had begun; serious events had been set in motion right across the block – the fall of the Berlin wall, democratisation in Poland and now the Velvet Revolution in Prague.

17th November 1989 saw 15,000 students march (as per instructions of the Stuha Founders Jiri Dienstbier and Šimon Pánek), to Karel Hynek Mácha’s grave at Vyšehrad Cemetery.  After, momentum saw the protest carry on to Wenceslas square, where students mirrored the US marches in the 60’s, raising their hands and presenting flowers to the walls of riot police that had formed in the main square; What had started as a peaceful protest suddenly turned to violence.

What unfolded was police brutality where around 600 of the 15,000 student protestors were injured, to varying degrees. This show of force by the police only strengthened the resolve of the protestors, built momentum for the movement and by the 20th of November the protester’s numbers had swelled to over half a million which ignited similar protests around the country – all calling for a change in government. It seemed the winds of change had swung and heralded in a new wave of governance.

Overwhelmed and underprepared to face such democracy in action, the communist regime was inevitably forced out of the country and the leader of the Velvet Revolution, Valcav Havel was introduced as the first post-Communist President of Czechoslovakia in over 40 years.

“I would like to pay tribute to those who did not give in, who believed that democracy and freedom would be achieved and who worked for it, even though they did not live to see it themselves”.

“It has become a feature of Czech history ever since 1848 that significant political changes are triggered by the action of students. Not all of them were, however, successful. The Velvet revolution is probably the most effective of all: the changes were the most profound and are mostly permanent. It achieved all its goals: personal freedom, freedom of expression, freedom to travel, a working political system of checks and balances. A generation has since arisen for whom the time when these freedoms did not exist seems to be far away history. Hopefully, we shall continue to build and strengthen our free society and keep improving on its institutional structures.”

– Mr Edvard Outrata, Prague Society Board Member and former Vice-Chairman of the Senate the Czech Republic

“The legacy of the Velvet revolution is tainted by those who did nothing and have power. And those who claim to have been involved and weren’t. For those men and women who really did sacrifice – I dedicate George Bernard Shaw and Robert Kennedy’s words, “Some men see things as they are, and say why? But I, I dream of things that never were, and say why not.”