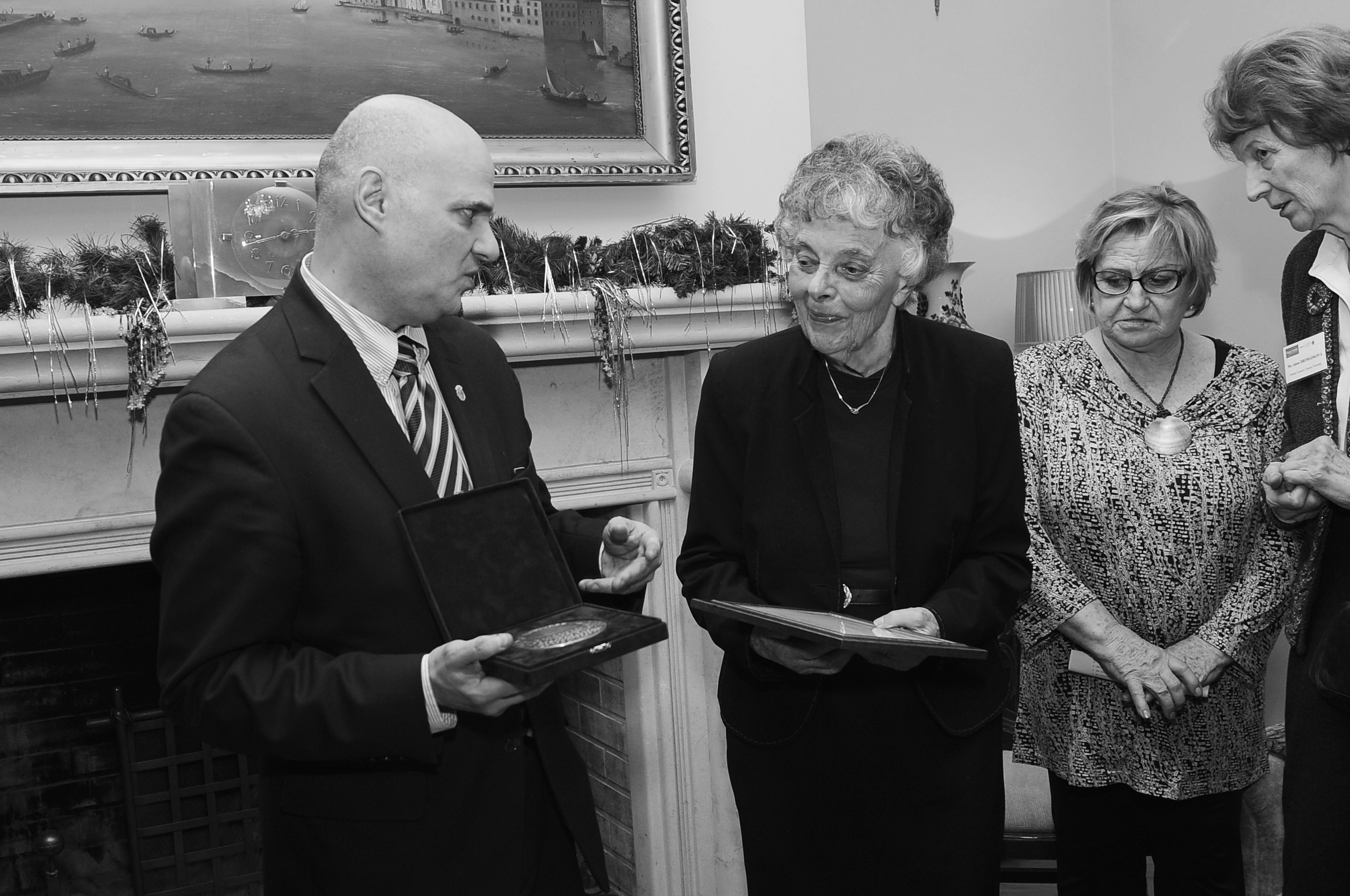 “In 1939 Iva Václavíková crossed Europe on the edge of war to spend a term in an English school. She did not come home for six years.
The English she learnt however stood her in good stead when engaged as an interpreter by Associated Press which, recognising her fearless energy, appointed her their representative in Czechoslovakia – much to the annoyance of the Communist authorities. In spite of Communist censorship and interference (such as an informer planted in her office) she succeeded in getting real news into the world press during some of the worst years of totalitarianism. The lack of recognition shown after 1989 was a lingering disappointment, and the Hanno R. Ellenbogen Citizenship Award presented by the Prague Society in 2014 gave her enormous satisfaction and pleasure.
Iva leaves two sons, ten grandchildren and eleven great-grandchildren.”